Calvin Chew Wong’s family history in America began in 1881 when his great grand-uncle Wong Ock Yen came to America at the age of 17 to San Francisco, California. Although he was the younger brother of Calvins great grandfather, Wong Ock Dung, he was sent to America first because the older brother who recently married was expecting his first born son, Calvins grandfather Wong Lip Chin. Calvins great grandfather eventually came over in 1884 or 1885 as a laborer even though he was educated and could read and write Chinese. Soon after his arrival, he got a job as a bookkeeper for the local Chinese businesses. He eventually earned enough money to buy a grocery store in Alameda, California. 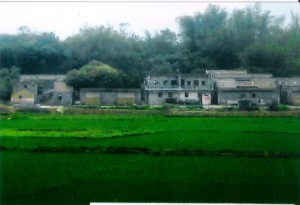 Calvin’s grandfather came to America through Angel Island in 1922 and like many Chinese immigrant men of that time, came to a foreign country to earn money to help the family he left behind.  His family back in China suffered from drought, famine and fell on hard times. He settled in Alameda where the Wong family, with various cousins, had established a business in the original grocery store location. Life was difficult for him, and since he left his family of three sons and a daughter back in China, he was lonely. Sadly he became addicted to opium and eventually ended up in Leavenworth prison. He died three weeks later from withdrawal in 1941. 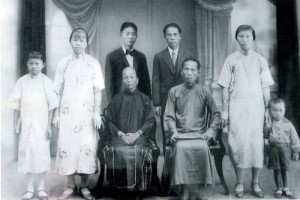 Calvin (at right) with parents, aunts, uncles and grandparents in China in 1932

Calvin’s father, Gock Gim Wong, immigrated to America in 1924 at the age of 18. He also came through Angel Island and recalled experiencing an unpleasant stay while on the island. When we took him back to Angel Island to see the reconstructed barracks, he showed the family the location of the bunk he remembered sleeping in. As a young boy, he and a cousin worked as a houseboy for the rich Charles Crocker family in Belvedere for a short period of time. He recalled that the lady of the house liked him and each day she would sit him down, open a dictionary and teach him a few new words in English. Eventually he moved back to the family store residence and went to Lincoln Grammar School while in his teens. With his family’s encouragement, he returned to China and entered into an arranged marriage to Sue Tom in 1928. Calvin, his first son, was born in 1929.

By 1938, the war between Japan and China intensified and life in the village was no longer safe. Calvin’s father arranged for his wife and son Calvin to immigrate to America. It was a difficult month-long trip in rough seas, as Calvin remembers it as a 9 year old.  They finally landed in Seattle. Calvin’s father was able to obtained papers to earn merchant status through a friend of Calvin’s grandfather. By becoming a partner in the friend’s business, it made the immigration process easier for Calvin and his mother to enter as a merchant’s son and wife. They only had to stay overnight in the detention center before being released to enter America as legal residents. 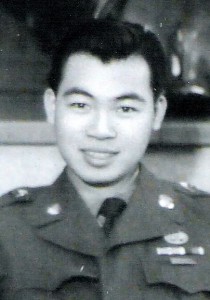 Calvin served in the US Army during the Korean War

Adjusting to life in America was difficult for Calvin, not speaking a word of English. He had to start school barely a month after his arrival. He started first grade at nine years old and a cousin who spoke English was allowed to be with him on his first week. Living in a predominantly white neighborhood in Alameda, Calvin soon learned English but still kept up his Chinese language skills by attending Chinese School every day after American school. His mother never had the opportunity to go to school as she wanted before and after her arranged marriage in China. She was kept busy raising five more children in the next ten years. His father was busy running his lottery business in the back room behind the grocery store. He was a good businessman with limited education.  After the lottery business in the Bay Area folded, he opened Gim’s Kitchen in Alameda, a Chinese take-out restaurant and eventually a fortune cookie factory in Oakland. He lived to see the births of three great grandsons before his death at age 89 in 1995. 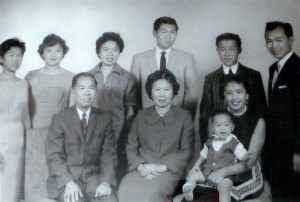 After graduating from Alameda High School in June 1949, Calvin attended University of California at Berkeley in 1949. Not soon after, he was drafted to serve in the Korean War in January 1951. His basic training was in Fort Ord, California in a heavy weapons company. He became a sharp shooter in MI riffle, Carbine rifle, submachine gun, and hand grenade. Just a few months out of basic training, the platoon he was assigned to join in Korea were all killed in an ambush. Luckily for him, he had just been asked to transfer to serve in the dental unit of the Medical Corps near the front lines because his records indicated that he had been a pre-dental student in college. As Calvin was in a combat zone during the war, he was awarded the Combat Medic’s badge, combat pay, and a service ribbon with 4 battle stars. 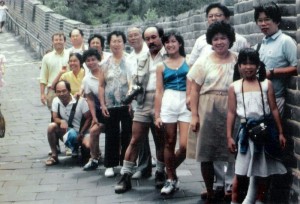 On his return in December 1952, Calvin re-entered UC Berkeley and by 1956, he received his Bachelor of Science degree in Public Health. Not long after graduation, he married Gerrye Kee, an American born Chinese. Soon after, they settled in Oakland where she taught elementary school and he worked for Shell Development Laboratory. Calvin then decided to return to school to become an electrical engineer. In 1963, he moved his family of two children to work in Silicon Valley, an emerging high tech area. Calvin worked at Filtron Co., GTE Sylvania Electronics, and Dalmo Victor Co. but he eventually returned to take over his father’s fortune cookie factory in Oakland Chinatown. He expanded and built the business to produce and ship cookie products all over the United States for the next 25 years. 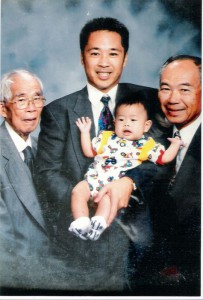 In 1983, Calvin’s father took his six children and four grandchildren back to China and to the Wong village so that they could see where their roots began. In 2005, Calvin and Gerrye took their own two children – Dr. Michael Wong and Kelly Matsuura, their spouses DeeDee Wong and Gary Matsuura, and their five grandchildren, Justin, Todd and Melissa Matsuura, and Garrett and Braden Wong – back to the Wong village so these subsequent generations of the Wong Family could also discover where their father, grandfather and great-grandfather first began their lives before starting a new family history in America. In 2012, Calvin returned to his village, escorting a dozen Wong cousins for their first visit to the village of their fathers and grandfathers. In every trip, everyone felt the emotional impact of the return, and expressed gratitude their forefathers had the courage to leave their homeland in search of a better life and future for their families. Now there are no longer any Wong family relatives that live in the Wing On Village. 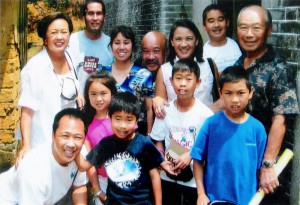 Family in Calvin’s Toishan village in 2005 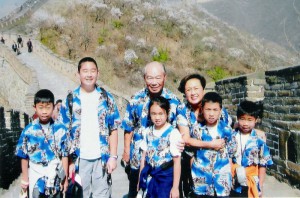 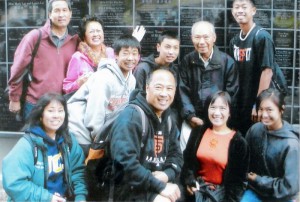 At the dedication of Immigrant Heritage Wall on Angel Island, 2010

All of the family names of both Calvin and Gerrye Wong’s before-and-subsequent generations have been immortalized on the Immigrant Heritage Walls at the Angel Island Immigration Station landmark. The Wong family members are firm believers in the importance of sharing family histories in AIISF’s Immigrant Voices website and collections and thank the Angel Island Foundation for helping instill pride in Asian American history, both prior, at, and after Angel Island Immigration Station years. 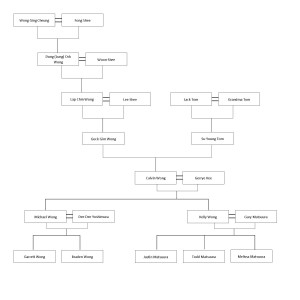 Gerrye Wong is a board member of AIISF and the author of Chinese in San Jose and Santa Clara Valley and Eternal Spring. She is also a columnist for Asian Week and the co-founder of Chinese Historical & Cultural Project and Chi Am Circle Women’s Club.